Dam Liric As Good as it Gets

first Gordon Setter to do so. 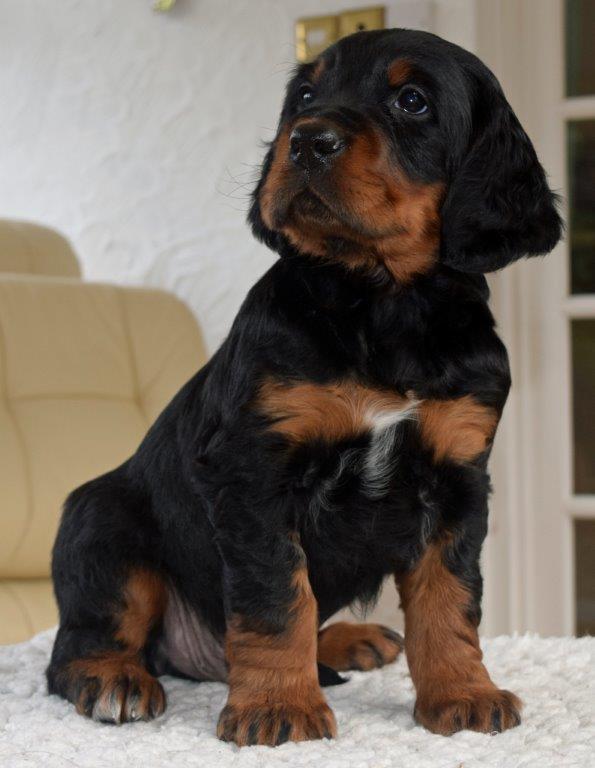 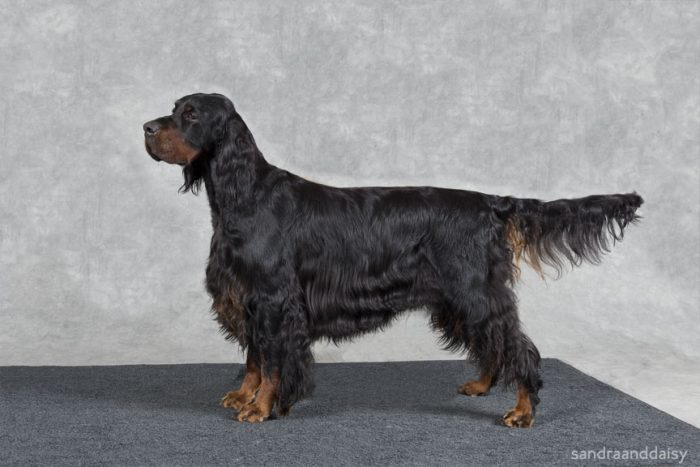 Wonderful result at SKC May 16th. Clyde won the Dog CC and BOB. Thanks to judge Mrs Lynne Jamieson

Clyde has had a remarkable year in the ring in
2018 by not only winning is way out of the Postgraduate Class but also winning is way out of
the Limit Class we now look forward to 2019 competing in the open Class.
2018 saw Clyde picking up is 1st CC with Best of Breed and also a further 4 RCC’s bringing is tally to 5 RCC’s.
Clyde has also had a great time at the few Opens Shows that we attended at the beginning of the year in 2018 by being
awarded many group places, Best in Show and Reserve Best Show. 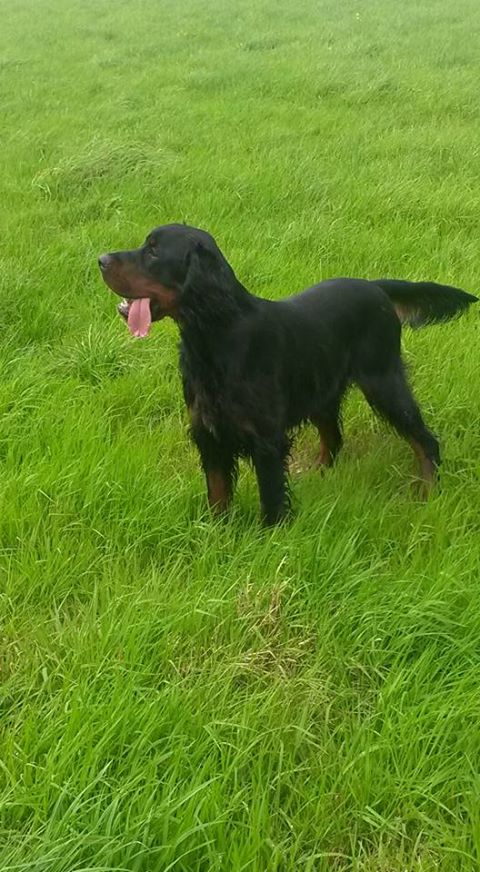 So proud of Clyde at WKC where he was awarded his 1st CC with BOB. I would like to thank Maureen Justice for breeding such a fantastic boy he is such a character but an absolute pleasure to own and of course show. I would also like to thank Dr Ludovica Salamon for making the WKC show such a memorable show for us one we will definitely not forget and also for the lovely hand painted ceramic plate and the wonderful critique 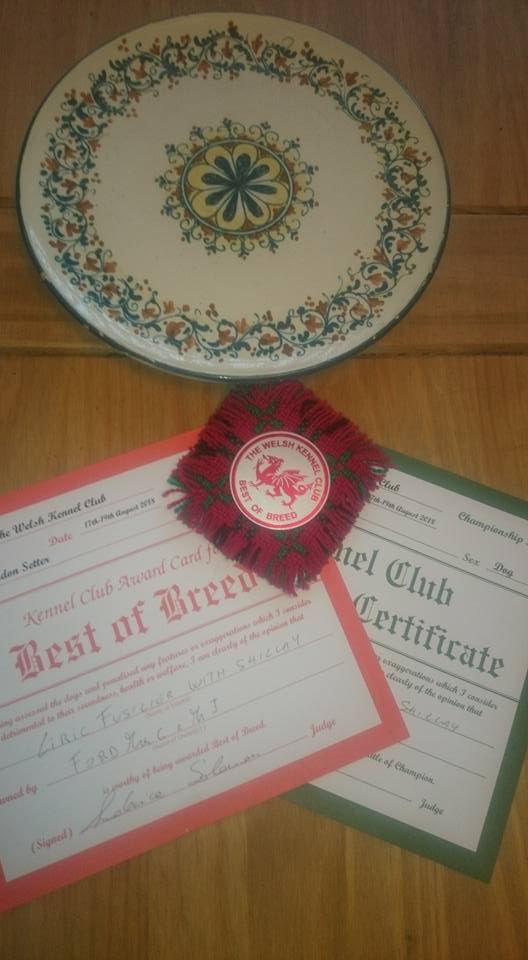 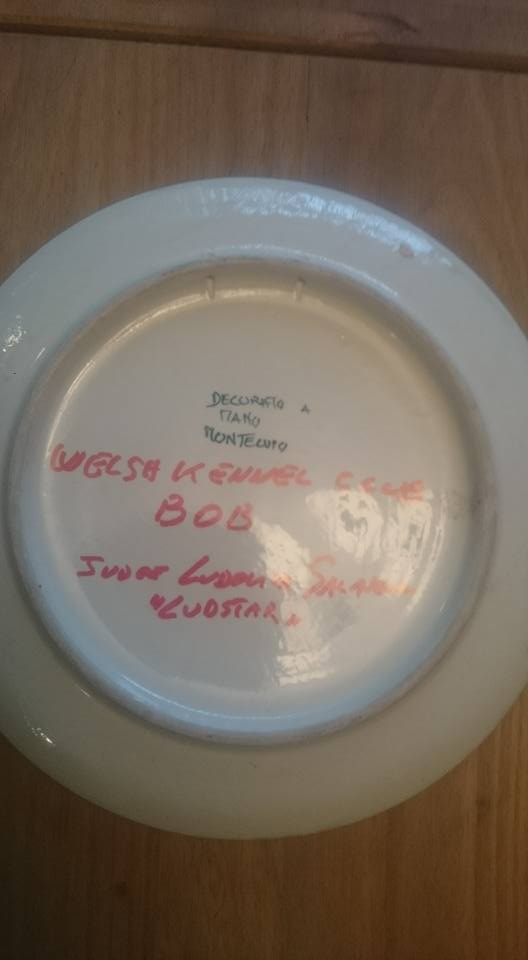 Clyde won a lovely Postgraduate class at Windsor Championship Show and will now be up into Limit classes. 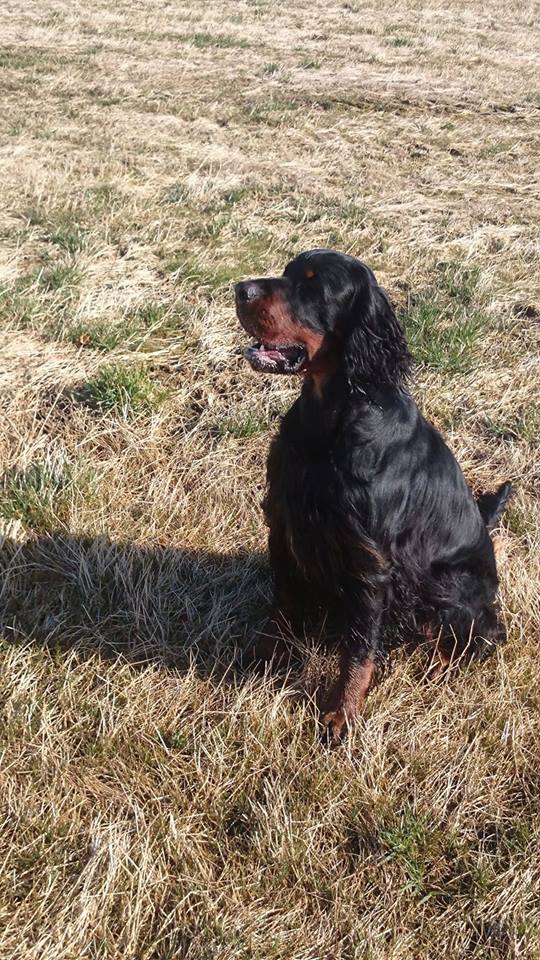 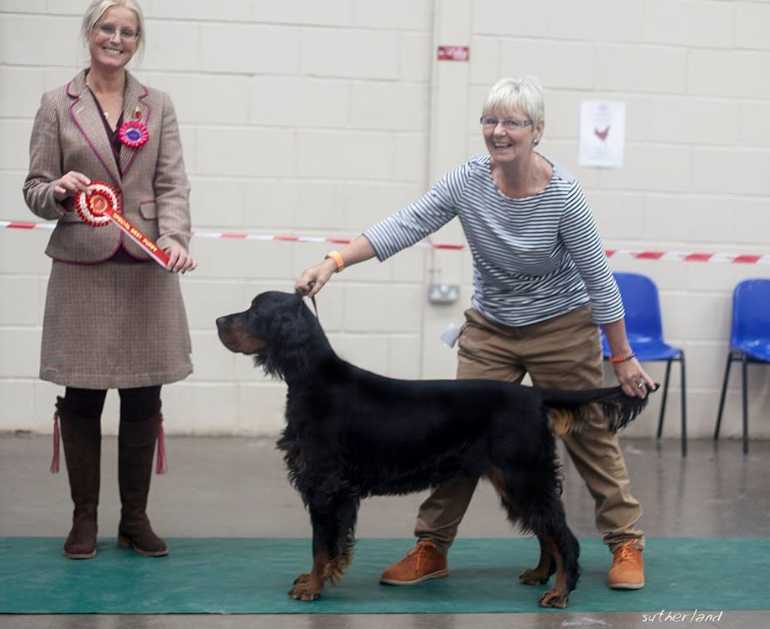 At Waverley Gundog Show Clyde was BOB and then went on to be third to the Best in Show. Judge was Martin Falsey. 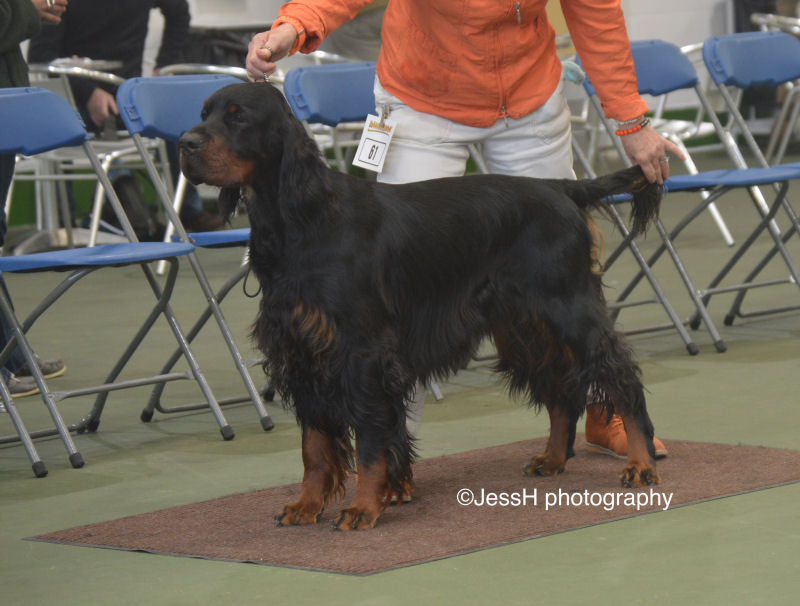 Absolutely delighted to announce that Clyde – Liric Fusilier With Shillay has been awarded his Junior Warrant and Stud Book No
at the age of twelve months and twelve days. Special thanks go to Breeder and Co-Owner Maureen Justice for breeding such a fabulous dog, Dam Liric As Good As It Gets [Tia] and not forgetting the Owner and Breeder of the Sire Ludovica Salamon, Ludstar Frederick Frankenstein [Freddy]. 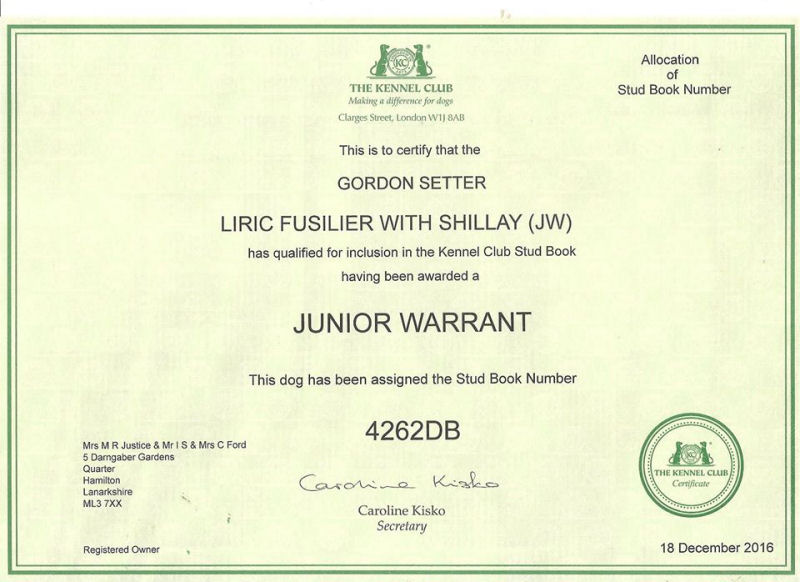 So Proud of Clyde [Liric Fusilier with Shillay] at West Lothian Canine Club on Sunday 04 December 2016 winning the Post Graduate Class then Best of Breed and Shortlisted in a fabulous Gundog Group many thanks to our Judge Mrs S Williams.

Liric Fusilier With Shillay (Clyde)
Ludstar Frederick Frankenstein X Liric As Good As it Gets
What a fabulous day we had at Clydebank Canine Club winning Best of Breed, AV Gundog Puppy, Gundog Puppy Group under Mr Jeff Horswell(Drakesleat) and Best Puppy in Show under Mr Ed Casey (Moyglass).
Maureen Justice and I are so proud of our handsome young man 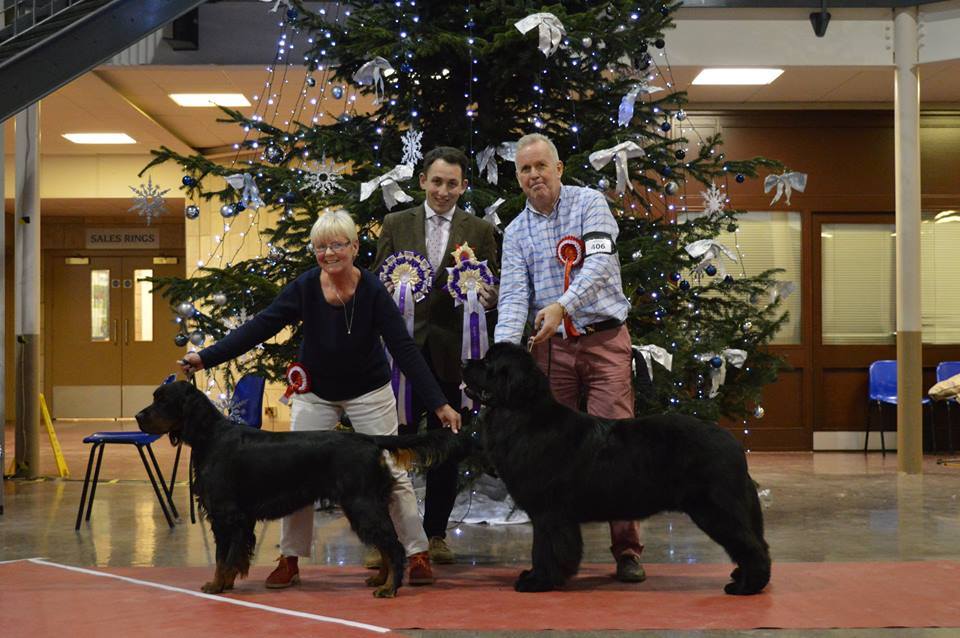 Liric Fusilier- Clyde- was first in PD at Richmond Champ Show under judge Gordon Haran- 11/9/16 this now leaves him with only 4 more points to obtain his Junior Warrant such an achievement.

Clyde won MPD and MD at WKC Championship Show and was Best Puppy in Breed. Judge was Mrs Valerie Foss. 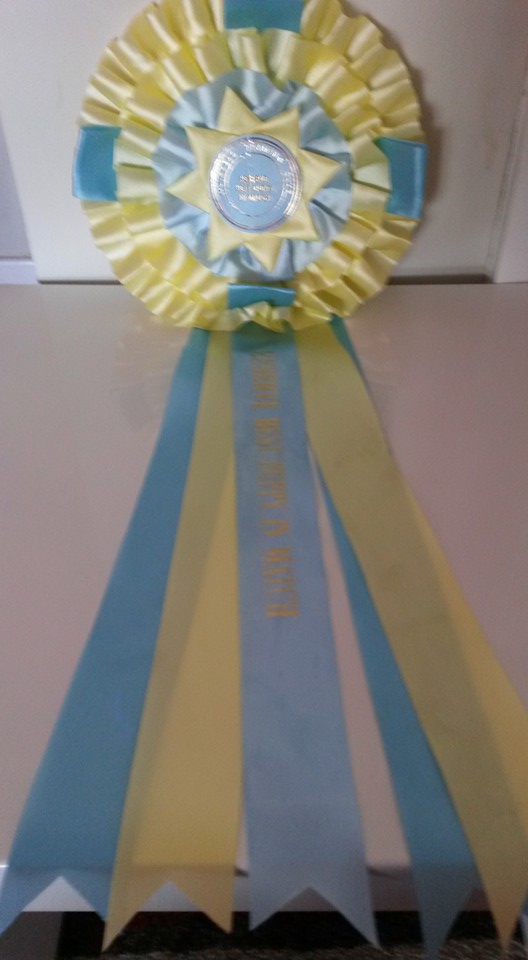 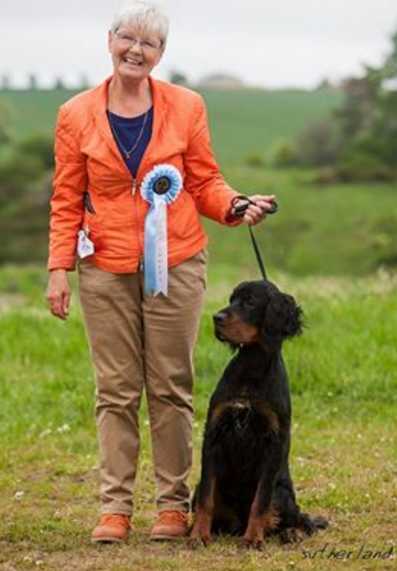 just coming up to 6 months 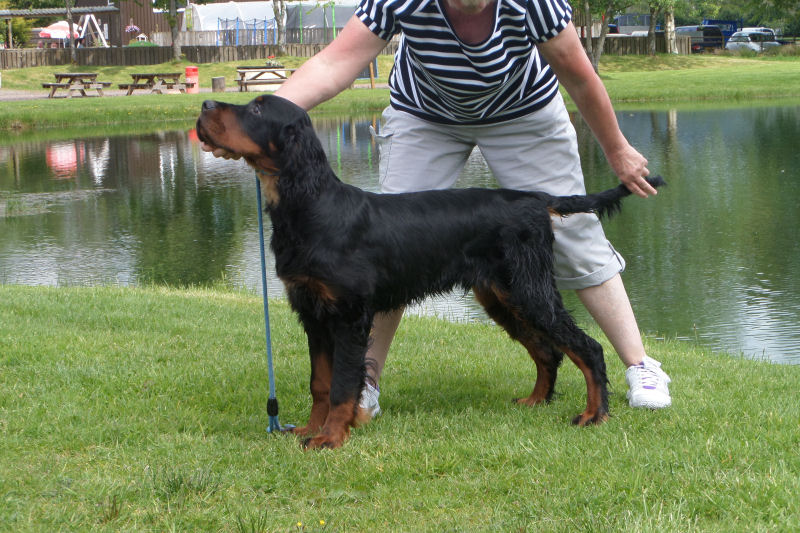 Picture below at 6 weeks.